Emma Regis, senior retail consultant at our travel agents in Norwich, spent 4 nights on the luxurious island of Mauritius. Let’s take a look at how much she enjoyed her time with Club Med.

Overall the flights were good. I found there was a slight difference between the outbound and return journeys, though. We had an overnight flight in both directions. Once we found our seats there was a pillow and large blanket waiting for us and we were given a little pack with a toothbrush, earplugs etc. once the plane had taken off. The food was very good; a choice of chicken or fish for the main meal accompanied with a feta cheese salad, bread roll, cheese and lemon tart.

The crew came round several times before and after our meal offering drinks, followed by tea or coffee when we had finished. Breakfast was fresh fruit with a roll and butter, orange juice and a hot breakfast. It was a slightly different choice of warm meals on the return but still very good food. The in-flight entertainment on the outbound had a small selection of films in English; these were shown on a tiny seat-back screen which all had a blurry picture.

The return flight was very different. There were big, clear seat-back screens and on-demand films with a very large selection to choose from. However, on our outbound flight we had a lot of legroom but not as much space on the return. In future, I would always recommend trying to pre-book the seats next to the window rather than the ones in the centre, as they had slightly more space.

The staff were very friendly. I often saw them walking around and chatting to people to check that everything was ok. As it was a night flight they do not come around offering drinks as often as they would on a day flight, however, there was a trolley on either side of the aircraft that you could help yourself to soft drinks. Alternatively, you could call over one of the crew and they would have been happy to serve you.

I was really impressed with the standard of accommodation at our first hotel, La Pointe Aux Canonniers. There were lots of different accommodation blocks around the resort and I was very lucky to have one very close to the beach. I couldn’t believe the size of my room when I arrived; it was massive. I walked in and there was the bathroom on my right, a little further along was a separate toilet and large wardrobes and draws for storing your clothes. You then walk into the bedroom which had a massive king sized bed. This was one of the most comfortable beds I have ever slept in.

The balcony was just past the bedroom with two chairs and a table; these had nice cushions on them too which a lot of hotels I have stayed in do not offer. I had a lovely view of the ocean and the beach, with some stunning sunsets too. The rooms were kept very clean at all times with the maid coming into my room twice a day. I always had clean towels regardless of whether or not I actually needed them. All this from a room considered ‘Standard’ by the hotel.

I was impressed by the first hotel we stayed in but that was nothing compared to the Plantation d’Albion. Similar to the first hotel, as you walk in you have a separate toilet on your right, followed by lots of wardrobes, a mini bar and safe. On the left is one of the entrances to the bathroom and you then walk through into a lounge area with a sofa, two big chairs and a table. The lounge is separated from the bedroom with a large dressing table. The bedroom has a really large king-sized bed and the balcony ran along the length of the room and had two sets of double French doors to access it.

On the balcony are sun chairs and lounges with lovely views of the gardens; it was one of the biggest balconies I have seen. In the middle of the room are large shutter style doors which give you access to the bathroom. This was definitely the best bathroom I have ever seen; situated in the middle point of the whole room is a vintage claw-foot bathtub. This was definitely my favourite part of the whole room. Behind the bath are double sinks and a rainfall shower.

The room was immaculate. The maid would even leave little gifts on our pillows at night too; things such as a little handcrafted bag of sugared pineapple and chocolates. The minibar was replenished at least once a day and was complimentary. It’s hard to put in words just how stunning the rooms at d’Albion actually were. 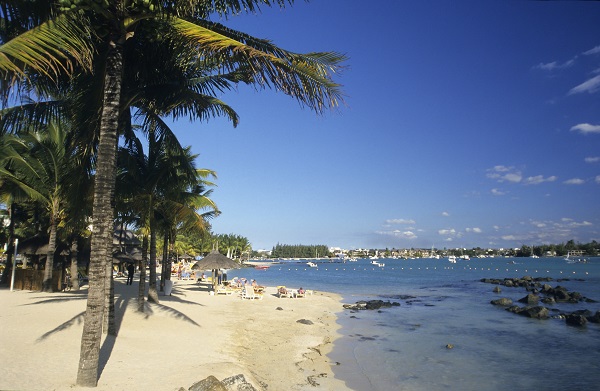 Both hotels we stayed at were all-inclusive, including all food and drinks. Also included at the resorts were all the activities available such as tennis, football, archery, circus school, water skiing, snorkelling trips to one of two reefs, sailing, kayaking, paddle boarding, golf lessons and smaller activities around the pool and resort (but not scuba diving).

We were taken on to a trip into Grand Baie which was included as well. Also, Club Med paid for us to go by speedboat rather than road between the two hotels.

With a trip like this one, it is so hard to pinpoint a specific part that was my favourite; I loved every minute of it. I really enjoyed snorkelling. We were taken out on a speedboat to the reef and they showed us pictures of all the fish, octopus and reef sharks that you can usually see. I was a bit worried about this at first as I don’t normally like swimming in deep water but I loved every minute of this; definitely something I will be doing again.

I also loved the atmosphere around both hotels; the entertainment staff (also known as G.O’s) were fantastic and really helped to create this. They do crazy shapes at 12.15 every day along by the pool and they are there ready to get everyone involved once the evening shows have finished. They have a couple of songs that they have made dance routines to and it is at these times that they do them.  They get all the guests involved and it’s so nice to go somewhere and see that everyone is joining in no matter their age; you can tell that everyone is having a great time.

Other than improvements that the airline could make, it is really hard to say anything needed to be improved on. It may have been nice to have an extra night or two to explore the Island itself and to make the most of the available activities.

I would definitely recommend Club Med; in fact, I can’t wait to start selling it. It is such a great product and has everything; fantastic accommodation, tasty food of which there’s a great variety, stunning beaches and a large range of activities suitable for all. The children’s clubs were great and there was some of the best evening entertainment I have ever seen. The thing I really liked is that you can choose the type of holiday you would like. If you want a peaceful and relaxing break you can have it or if you want an active and lively trip you can have this too. Club Med is perfect if you want a great family holiday, too. Their all-inclusive really is all-inclusive and there are no time limits on when you can have food or drink; there is always something available for you.

At La Pointe Aux Canonniers the all-inclusive does not include premium branded drinks or champagne, but their serving sizes are more than generous. At d’Albion, the all-inclusive does include premium branded drinks, plus champagne by the glass after 6pm again with very generous serving sizes. If you are staying at one hotel and fancy something different you can use your all-inclusive and make use of all of the facilities at the other hotel. It is an extra expense to get to and from the other hotel, though. 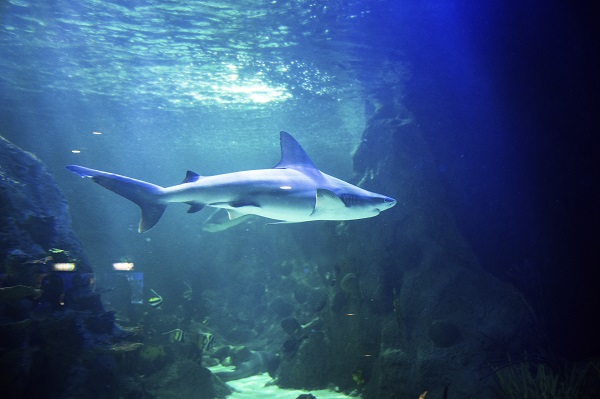 One of the main things we found out, which is a big selling point, is the checkout times. No matter what time of day you are flying home, there will always be a room available for you. The majority of the time you will be able to keep their own room until you leave for the airport. If the hotel is really busy and they need the room then they will be offered an alternative room. In the rare case there isn’t another room available, the hotel has a room close to the reception area with lockers and showers. This way you can store your luggage, make full use of the resorts facilities (including the all-inclusive) and still have time to freshen up before your flight home.

In the evenings, from 7pm, both hotels offer a large selection of canapés before dinner. I thought this was a really nice touch. It was really nice going for a pre-dinner drink and having this available especially when you’re with a large group of people.

Themed nights! Every night the resort will have a theme where they will decorate the whole resort and everyone will dress in line with the theme. This will include things such as White Night, Floral Night, Black and Red Night etc. It will change each evening depending on the show. This is not compulsory but it is surprising how many people loved to get involved.

One of the main themed nights is 45 night. This is where the whole resort will be in T-Shirts with the number 45 on the back, including t-shirts that other guests have been given at other Club Med hotels they have stayed at on their travels. This comes from Club Med’s 45th Anniversary when they had lots of T-Shirts with 45 printed on to celebrate. They did the same for their 50th Anniversary but all the guests complained and wanted 45 back so it has stuck from then! It’s really nice seeing all the different T-Shirts from the different resorts around the world.

Must see? The evening shows, every night!
Must do?  Snorkelling
Must try? Circus School

A trip to Mauritius can be the perfect family trip or a great way to escape on a luxury holiday as a couple. We can help plan something similar to what Emma experienced, just pop into one of our East Anglia travel agents and speak to a member of the team.