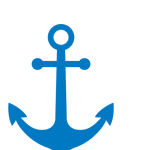 Aberdeen is the third largest city in Scotland and is also home to the UK’s northernmost cruise terminal. It is traditionally known as a centre for the North Sea Oil industry and is also renowned for its granite architecture. Today, it is also more commonly known as a prosperous cosmopolitan city, with many beautiful parks, floral displays, a wide collection of museums and an extensive sandy beach.

This distinctive city offers a unique range of cruise itineraries, with passengers able to embark on a range of intriguing expedition journeys into the Arctic Circle, Norwegian Fjords, around the UK and into Northern Europe.

As the UK’s northernmost cruise terminal, it provides a wealth of holiday opportunities for northern Scotland. A car journey from Inverness takes just three hours, while a journey from Dundee takes less than an hour and a half. Direct rail links are also available from both of these cities, as well Edinburgh and cities situated further afield including Leeds.

One of the most enjoyable ways to reach Aberdeen from further afield is via the Caledonian Sleeper, which departs regularly from London Euston. There are also regular flight services to Aberdeen Airport for those looking to travel from further afield.