Clare Bradford, assistant manager at our travel agents in Colchester, spent seven nights in Orlando. Her thrilling adventure included visits to the Disney and Universal parks as well as the new Wizarding World of Harry Potter.

On arrival at Gatwick Airport, I met our group at the BA ticketing desk in the North Terminal. There were 11 of us altogether and we were lucky enough to be upgraded to Club World on both our outbound & return flights.

I was handed a glass of Champagne as we boarded the aircraft, which I might add is fairly free flowing when travelling in Club. The seats were very spacious and comfortable and can convert into a totally flat bed, which I found very useful on the return night flight.

You can watch films on demand and the food is of a very high standard; served on real crockery, with real knives & forks and drinks served in proper glasses. You have a three-course meal with wine and are given a couple of choices for each course. Both journeys I chose the fillet Steak which was very tasty.

In between the meals, if you get thirsty or peckish, there is a Club Kitchen where you can just go and help yourself to snacks and drinks etc.

The staff on our outbound flight were very happy, helpful and attentive, but on our return flight were the complete opposite and so I was quite disappointed with my experience flying home. As it was a night flight I did sleep most of the way anyway, but that’s not the point.

My flight out to Orlando was definitely one I will never forget. We were joined in Club Class by three members of One Direction; Liam, Niall & Harry. I was so excited! Unfortunately, no photos were allowed…

For our first three Nights in Orlando, we stayed in two six-bedroom villas at a resort called Paradise Palms. This is a gated community and does have communal areas for residents to use such as a swimming pool, cinema, children’s play areas and a mini market.

Each villa’s bedrooms had a separate bathroom, a fully equipped Kitchen and a utility room with a washer/dryer, which was a godsend after we got caught in a heavy down poor at SeaWorld. There were also flat screen TV’s in most of the rooms and ample parking at the front of the properties.

They have a small private pool and outside eating area with BBQ and each villa is privately owned so a very high standard is kept. I liked the fact that they were quiet as it was great to come home to your own space and privacy after a busy day at the theme parks. USAir tours provide welcome packs on arrival for all of their villa holidays. This includes bread, milk, cheese, ham, jam, water, cereal & wine etc. All the basics you will need when you first arrive.

For nights four & five, we stayed at the Cabana Bay Beach Resort at Universal. This is a brand new property with a theme based on a holiday resort in the 60′s. It has a very funky feel to it with its central area, good-sized pool, and ample space for sunbathing. The hotel also offers a buffet breakfast canteen which sells snacks and drinks, a shop, a gym and a bowling alley. There are regular free bus transfers to the Universal Transport terminal and from there you can walk to either of the Universal Parks via Universal City Walk.

For our last two Nights, we moved to Sarasota and stayed at the Helmsley Sandcastle Resort. Unfortunately, I wasn’t impressed by this hotel at all. I found it to be very tired, slightly on the dirty side and the staff weren’t particularly happy to look after us. It’s not a hotel I would recommend.

Our trip was a very busy one. 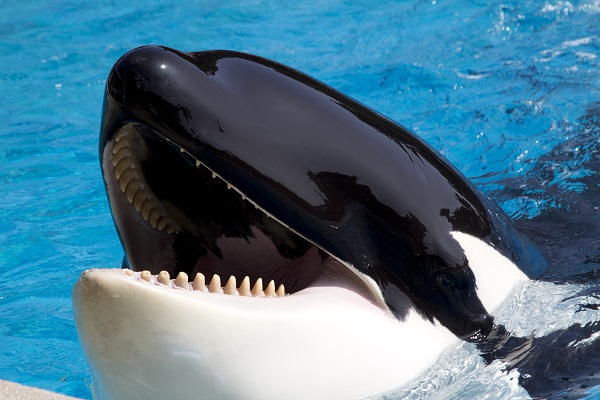 Day 1 – We visited SeaWorld in the morning where we saw a couple of shows involving Dolphins; Blue Horizons and the famous Shamu Show, One Ocean. These were amazing. We also saw the ‘Antarctica’ area of the park and went on the new ride Empire of the Penguin.

Day 2 – After a morning of Disney Hotel visits, we made our way to Disney’s Magic Kingdom which is divided up into different areas that are all themed, including the newest of these, Fantasyland. We watched the parade and went on the Buzz Lightyear ride while the rest of the group went off to ride Space Mountain.

In the evening we got on the monorail to Epcot (The Monorail joins all of the Disney Parks so is easy to get around them all). Once at Epcot, we ate in the Germany part of the World Showcase and then made our way outside for the Illuminations Show & firework display which was amazing.

Day 3 – We had a morning of hotel visits again but this time at Universal Studios. We then checked into the brand new Cabana Bay Resort which was to be our home for the next 2 nights. The afternoon was spent at Universal Studios Islands of Adventure where we rode the Spiderman and Cat in the Hat rides and then visited The Wizarding World of Harry Potter.

If you are interested in the Harry Potter books/films then this attraction is an absolute must. There are now two parts to it. Hogsmeade is in Islands of Adventure and Diagon Alley is in Universal Studios and you can get between the two on Hogwarts Express.

Day 4 – On the Thursday, we spent the day in Universal Studios. Because we had a whole day in the park we did manage to go on a lot more rides including the Shrek and Despicable Me 4D experiences. The rest of the group did ride on a few more of the bigger roller coasters which I am just not a fan of.

We then went to the second part of The Wizarding World of Harry Potter which was just as exciting as the first we visited the day before. We took the Hogwarts Express over to Universal Islands of Adventure at the end of the day and I have to say that this was a real highlight of the couple of days we had at the Universal Parks. In the evening we went to Hard Rock Cafe for dinner and then onto the Blue Man Group Show which I think is very strange. We ended our night at Rising Star, Universal City Walk. This was the best Karaoke bar I have ever been to. You sing with your own Band and backing singers.

Day 5 – For most of the day we visited villa/villa complexes. We looked at villas in the Disney area ranging from three-bedroom executive up to 11-bedroom Luxury. They really do cater for all budgets and all party sizes. Some of the higher standard villas have themed rooms for the children like Disney Princess, Micky Mouse, Buzz Lightyear and a Minions room, which I think is a lovely touch for a children’s bedroom.

In the afternoon we left Orlando for our two-hour journey to Sarasota. We had dinner at the Ritz Carlton which was fabulous. I had the most amazing cocktail, although it did come with a price tag of $23! 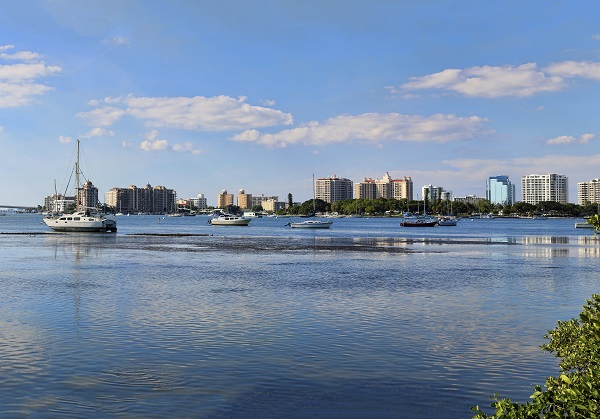 Day 6 – We did a couple of hotel visits in the morning and then spent some time at a local farmers’ market in Downtown Sarasota. This was a great experience with lots of stalls selling a very wide range of goods. We then spent the afternoon at one of the many shopping malls for a spot of retail therapy.

Day 7 – Home Time! We shopped again in the morning at one of the biggest shopping outlets in the area before heading on to Tampa Airport for our flight home.

My favourite part of the trip was definitely the outbound flight and visiting the theme parks. Going to the parks once “Christmas” has started in Florida definitely makes everything that little bit more special.

I think it would be very hard to improve on the trip that we had. There was a great balance of parks and hotel/villa visits. Flying both ways in Club World was a fab added bonus and the group that we had was the best I have ever had on a familiarisation trip. It was pretty much perfect.

I would definitely recommend a beach stay in Sarasota after a stay in Orlando but would find a different hotel to stay in to the one we experienced.

I would also highly recommend staying in a villa in Orlando. It was so lovely to leave the hustle and bustle of the parks to go home to our own retreat with a private pool and lots of spacious living areas.

Having said that, if you don’t want to drive there are some brilliant properties that have good amenities and transfers to all parks available.

Must see? The Wizarding World of Harry Potter at Universal Islands of Adventure & Universal Studios

Must do? Visiting the Theme Parks around Christmas; it is a little more magical!

Must try? A Siren cocktail at the Ritz Carlton, Sarasota!

A trip of this kind makes for a great family holiday. We can put together a break, similar to the one that Clare enjoyed, which caters for both older and younger travellers. Drop in at one of our travel shops in Suffolk, Norfolk or Cambridgeshire today.